After submitting 2 projects to the BCIT ISSP for the September 2017 term I was very pleased to learn that both of my projects were selected to be developed by 2 teams of students. Both teams threw themselves at the projects and 12 weeks later, presented me with some fine examples of their programming efforts.

Emboldened by the success of having both projects selected I prepared for to enter a total of 5 projects for the winter term. Along with 3 new game projects I also resubmitted the first 2 for continued development. None of the 5 projects were selected by the students for development during the winter term. Knowing that I had a less than 50/50 chance of any 1 project being selected, I figured with 5 submissions at least 1 or 2 might have been selected. None were.

Slightly disappointed by my luck I figured that I would leave all 5 submissions in the mix for the up coming spring term. It wasn’t like it cost anything to submit projects. Good thing I did.

Sometime in April I received an email from one of the BCIT ISSP coordinators informing me that the students had chosen one of my projects again. Having submitted 5 projects I was naturally curious as to which project was selected so I wrote to find out. Turns out that 4 out of the 5 projects were selected. Pretty sweet. Of the 12 projects submitted to the Industry Supported Student Projects submitted I had 6 projects selected. 50% selected, right on the money odds wise.

After learning of the projects that were selected I was informed by email that 1 of the teams had dropped out of the program and as such, only 3 projects would be moving forward. A shame but I am sure the students had their reasons. I am sticking to the 50% selection rate however! 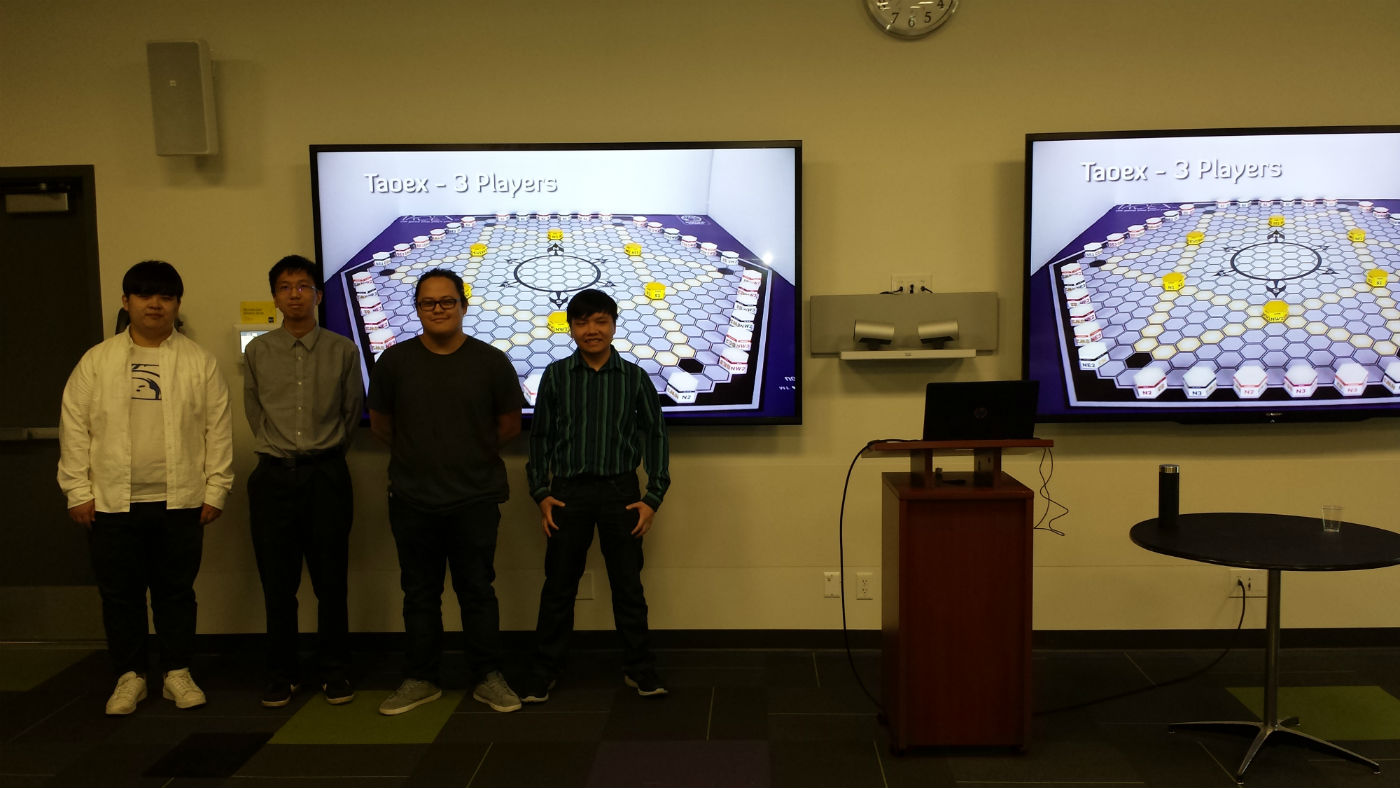 The first project was a continuation on the TAOEX online game. The team converted their earlier development to a Unity development and it worked out well. The game looks great, has a lot more functionality, is much more stable and incorporates even more of the rules. The AI has been beefed up and the number of players has been doubled. I am sure I am leaving plenty of their work out simply because I am not sure of what was done nor by whom.

The team consisted of Davis Pham, Anthony Wang, Zhiyuan Lin and Tian Kirkpatric. These guys worked well together, and it shows in what they built. 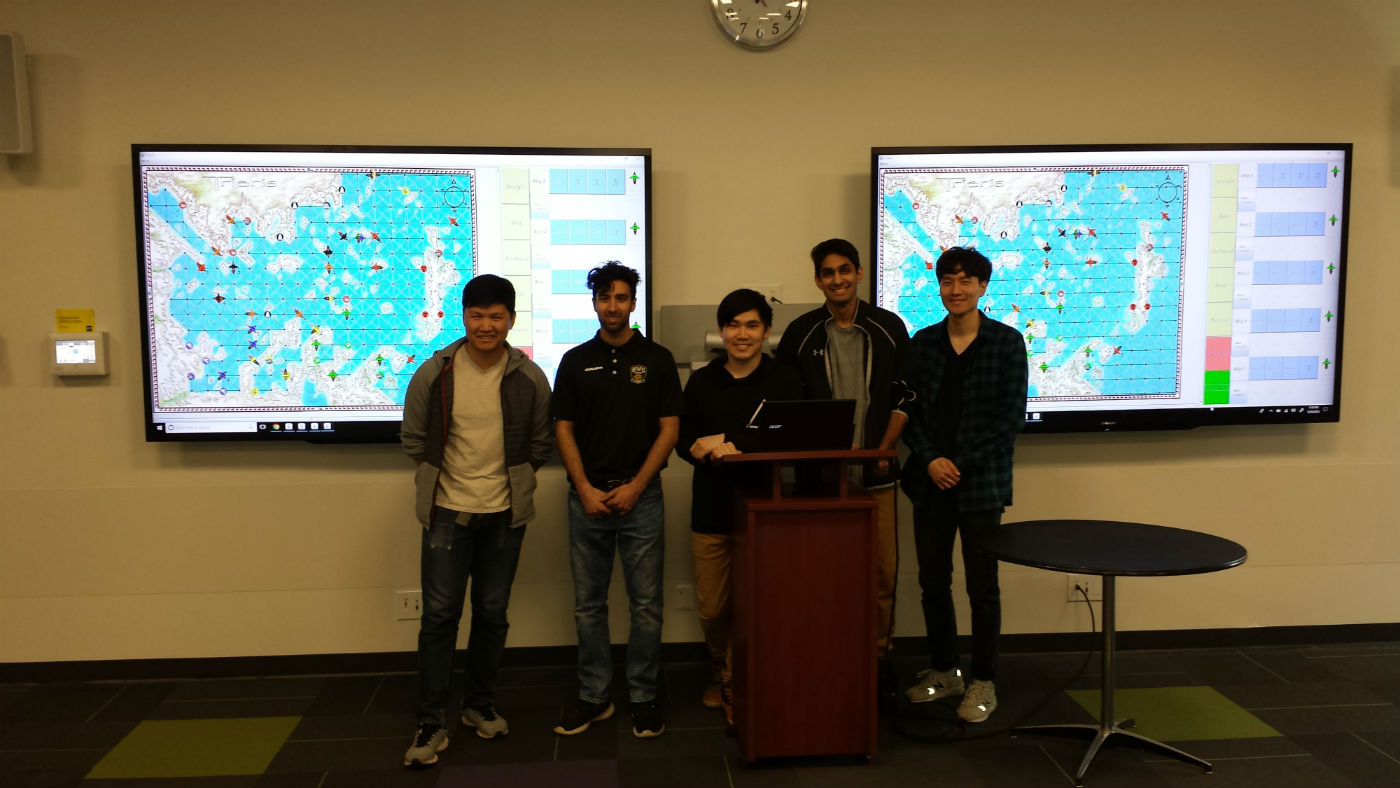 The second project was the first development of a game I created back in the mid 90’s. The board game Trieris is an ancient navel warfare game where players navigate their ships around the Aegean Sea to sink opponent ships and capture ports.

Armed with photocopies of the rule book and the benefit of only playing the game once, the team set out to recreate the game as a Java based computer game. In less than 3 weeks the TrieHard team managed to put a working copy of the game that met their goal of a proof of concept development.

The team consisted of Michael Minhas, Sang Woo Park, Dylan Sim, Paul Kim and Devan Purhar. This team got an excellent start to the development of this game, a little animation, some sound effects and some more development for the graphical user interface (GUI) and this game could be beta released. 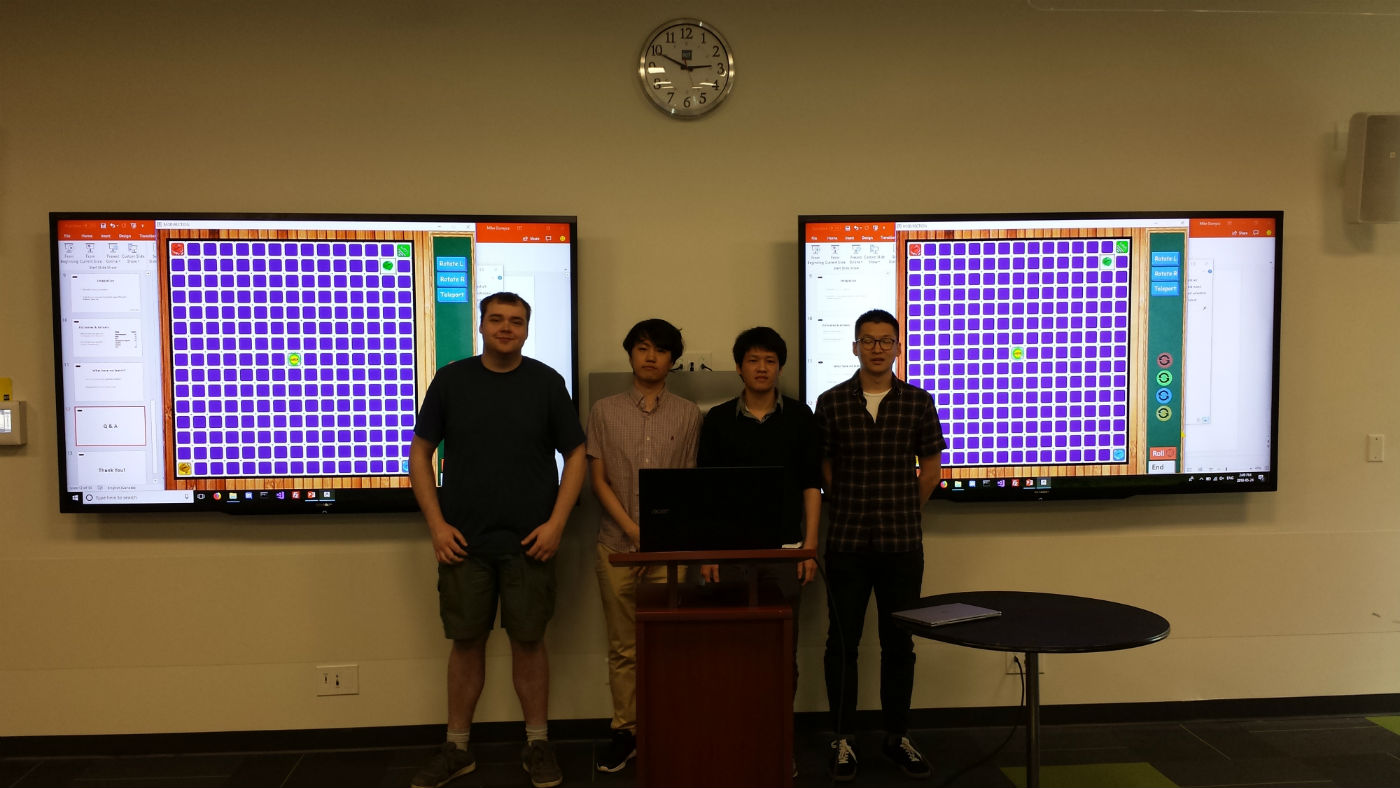 The third project was based on yet another game I created back in the late 80’s early 90’s, this one called MiSDIRECTION. The idea behind designing the game came about from a desire to create a game that would be very inexpensive to produce. Further, it had to be quick to play with few rules and was entertaining to both children and adults alike.

Once again, armed with photocopies of rules and after playing one game on a crude prototype the team took to the task of creating another Java based computer game. The team consisted of Eric Wu, Cooper Shang, Mike Dumycz and Steven Chae.

All of these projects will be flown under the Pixelific Games Inc. banner once they are ready for public consumption.