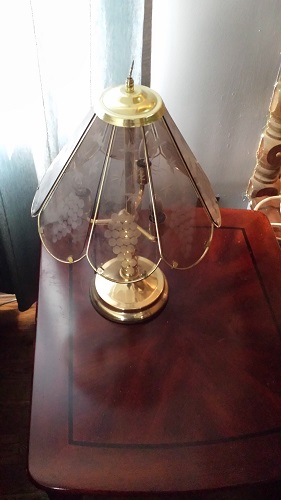 So a couple of odd things happened this week, things that give one pause to wonder about the strangeness of coincidences.

My roommate is one of those people that likes to go to car rallies to show off his classic car. I, having spent almost a decade working for a major automotive importer, never got the “stand around in a parking lot with a bunch of cars” as being a fun pastime but he enjoys it.

Well the paid participants of these events receive a shwag bag full of little things like playing cards and such. This one event provided some large promotional balloon that quickly got placed in the discard pile. Not wanting to waste a perfectly good giant balloon I thought I would blow it up and leave it as a booby trap for the cat to play with.

The balloon sat around the house for a few days waiting on the cat’s attention and that wait soon removed the trap from my attention in spite of the fact that the balloon was in plain sight.

Around 3:30 am Thursday morning I was awoken by this really loud cracking sound and it was close by. Sleeping with the window open I just attributed it to something outside, one of the neighbors dropping something as they got ready to drive off to work. I lay awake for a while listening for the sound of a car door or ignition but it never came. Unable to go back to sleep I turned the TV on and watched that until my bladder would no longer be ignored.

Prior to going back to bed I ran in to the roommate as he was getting ready to go to work and I asked him if he heard that noise and he also heard it as it woke him up even though his room was on the other side of the house. Curious we started looking for the source of the sound and it wasn’t long before I noticed the shredded pieces of rubber that used to be the giant red balloon. I started to laugh as I commented about how my little cat trap worked to which the roommate responded with how when he woke he thought the noise was due to the cat but the cat was lying on the bed beside him so it couldn’t have been the cat. We both brushed it off and thought no more about it.

This morning, at around 5:30, I once again woke up needing to use the bathroom followed by a glass of cold water. On my way to the kitchen I noticed that there was light on in the living room. It wasn’t very bright and as such I knew instantly which light it was that was on.

A few years back my younger sister died due to her life long battle with child diabetes. When she passed our mother offered up a few of her favorite possessions to my children as mementos and one of my kids chose her favorite lamp, one of those lamps that responded to the touch to turn it on and off or dim. Kids being kids, a couple of the mementos chosen remain in my care but that is of no concern as I hold them in safekeeping for their eventual retrieval.

After our recent epic black out I thought I would put the lamp in the living room and use it for its intended purpose and lighten up a normally dark corner. This was the light that was on when I woke up this morning, it was on the dimmest setting with not much light given.

I crossed the rooms and stepped down into the sunken living room to tap the lampshade 3 times in an effort to shut it off. As I was doing that I tried to recall if I had turned the light on and forgot to turn it off before going to bed but dismissed the possibility because I knew the light wasn’t on because I turned everything off prior to turning in for the night.

Turning around to leave the room and go back to bed I thought about the strangeness of the event and what could have turned the light on, vibrations from outside the house perhaps when all of a sudden the light snaps on again but this time at its fullest brightness setting. This was especially odd because in order to get to that setting one would have to tap the lightshade 3 times, once for the lowest setting, twice for the middle setting and a third for the brightest. The damned light went straight to the brightest as I was crossing the room.

I thought perhaps my light footfalls created a vibration to set it off so after turning the light off once again I then started thumping my way out of the room in an effort to try to activate the light but to no avail, the light stayed off.
Prior to going back to bed I took one last look to make sure that the light was off and it was so I went back to bed to try to grab a few more hours sleep. No sleep came so after an hour or so I gave up and got out of bed to find the light turned on to the lowest setting once again.

How is that for a week of strangeness?