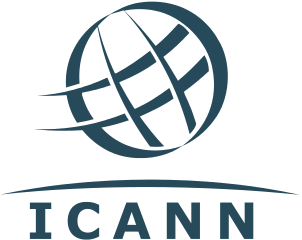 The Globalists are set to screw people over in a big, big way today. Nobody controls the Internet with one very large exception; the IP addresses. The US government is handing this control over to ICANN today and with it the protection of Free Speech on the Internet. This might not mean as much to most countries but to Americans free speech, or at least the illusions of free speech, means quite a bit.

They claim that if we were all part of a one planet government that this would do away with wars. Well I guess they think that we have extremely short memories and can’t remember things like civil wars.

I know that the following statement will be difficult for most people to accept because of conditioning not to believe in certain things but, if you really want to do away with wars we have to remove the banking cartels and the people who control them. Organizations like the CFR (Committee on Foreign Relations) for example, belong to  certain organizations that have secretly been the progenitors of every war since the Spanish – American war. Perhaps even earlier.

These organizations, who are made up in a large part, by your elected officials, are NOT working in the best interests of the people of the countries in which they were elected. On the contrary, they are working to further the interests of their long term goal of a one world government. A one world government would toss out every Constitution, Charter of Rights and Freedoms and the like. The very things that offer citizens protection from governmental abuse.

These same groups like the CFR also control, or are in cahoots with, the giant media corporations that produce our news media and entertainment concerns. The one thing that has kept some of their plans in check has been the freedom of speech over the Internet and as of today, control of that freedom is being handed over by Barack Obama, to a private corporation.

While it might take a while for things to start changing on the Internet, change they will. At some point I think we can expect costs to go up for services. The days of our cheap Internet based long distance phone services will soon change and related fees will eventually go up. Things like streaming TV costs will go up. But the worst change will be from the groups that choose what news they give us will also control information that is available on the Internet.

Do you really think that once this private corporation called ICANN, albeit a non-profit corporation with over 200 million in their bank account, is going to be altruistic and do the right thing and not succumb to the pressures of corporate interests? I’d like to think that they would be able to resist payoffs and bribes but that wouldn’t be realistic, well not to the world we live in today.

I know you probably do not want to accept this but this kind of censorship has already begun in Europe. Within the past few weeks the European Union has ruled that posting a link to another site’s, video, pictures or whatever, to your blog, social media account or website, may violate copyright laws. The only way around these types of resulting fines would be to either stop posting links or, pay some form of link tax that more and more governments are trying to implement.

This is not some kind of conspiracy theory, this is fact look it up. More information on the subject

As far as the globalist agenda goes, it may be too late to prevent this from screwing us but…the least we should do is to turn the lights on so we can see just who it is that is screwing us.

Democrat or Republican, it doesn’t matter which wins because their strings are being pulled by the same groups. Today’s deal will just make it easier for the powers that be to be able to tell us who to support.